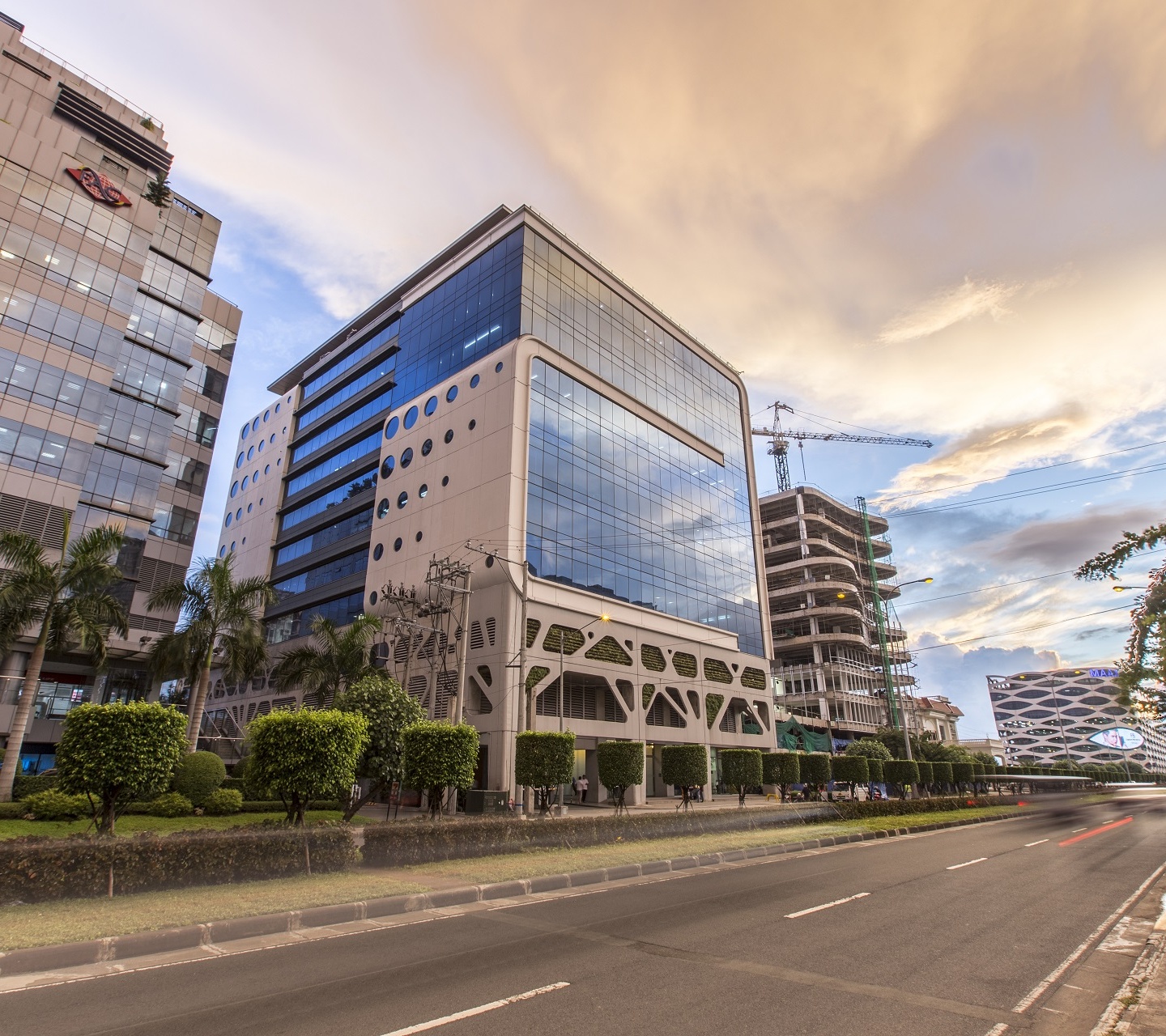 Manila-based architectural firm ASYA Design has moved in to their 12-storey office building in MOA Complex, a reclaimed developing town located south of Manila. Fittingly named as “A Place”, the firm took cues from its natural surroundings and used it from the building’s form up to its functions.

The 23-year old architectural firm is putting their focus on the green market and proving that building green is attainable. ASYA Design’s office headquarters is intended to be a one-stop-shop for the green building market in the Philippines, thus devoting an entire floor to tenants retailing green and sustainable products. The building adapts a “core and shell” concept in its design – a simple but direct approach that brings many advantages such as maximizing space, intact core, easy access routes, maximizing daylight and conservation of resources.

The façade serves as a statement in itself, with the coral-like podium and bubbles as windows, reminding people of the rich biodiversity of coral reefs: self-sustaining and ever resilient to the changing environment. While the “bubbles” or gradating circular windows faces the warmer angles of the sun for more coverage and less heat entering the building.

The building makes use of resources that are abundant in its natural forms like the wind, rain and sun – all of which are accessible to mankind at no cost. Proper building orientation allows the building to maximize passive cooling by harnessing wind passing through its open podium. Ice-based thermal energy is used to power the air conditioning system where ice is created in the evening (at a lesser cost) to cool the building during the day. The building also features energy efficient LED lighting which is used only when artificial illumination is needed at night and a water filtration tank system which filters recycled rainwater before it will be utilized by its users ensuring a cleaner and safe non-potable water supply.

ASYA Design prides itself in pioneering in green architecture of which the best symbol is its headquarters – A Place, the world’s first 201,000 square feet LEED Gold Pre-Certified Building that is owned by an architectural firm. Through modern technology and sustainable building methodologies, ASYA Design aims to be an effective engagement platform for all companies who wants to go green and post a challenge for future professionals to create a new global benchmark, not only for green buildings but also for green living.