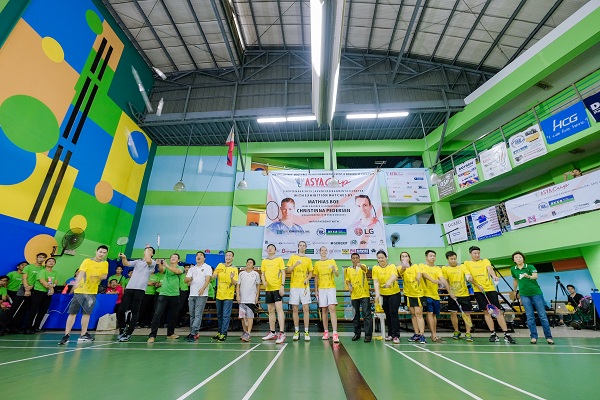 One of the event’s highlight is the Exhibition Game where participants wonder with awe as world-ranked badminton players pit against Philippine Team’s Kennivic Asuncion. An exhibition match for ASYA Design’s annual badminton cup, ASYA Cup 2015, with special guests Mathias Boe and Christinna Pedersen.